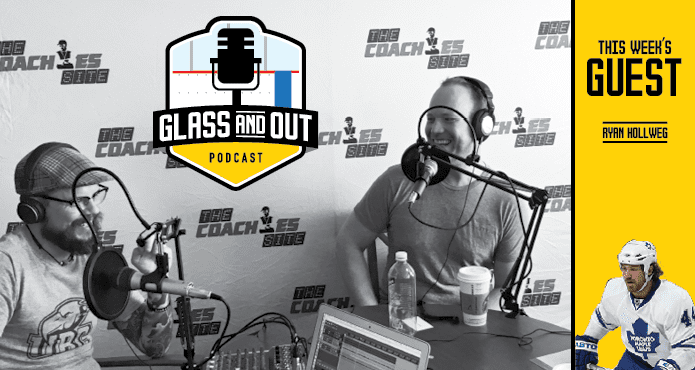 Ryan Hollweg is a former National Hockey league player who made his way up through minor hockey in – wait for it – Los Angeles. Not your traditional route for a BC junior league hockey player who went to college before cracking the bigs.

Part of him is – he liked to engage in the fisticuffs – but he could also score goals and set up his teammates. This is a conversation you don’t want to miss.

And you know who else likes to set up his teammates? John Becanic, except in this case, the teammates are Kelvin and Aaron. That’s right, today the guys are also joined by Pyramid Hockey’s John Becanic to break down the Tampa Bay Lightning’s recent record setting evening – a night when they registered 33 shots in one period vs the Chicago Blackhawks. How did they do it? John Becanic tells us how in the latest episode of Glass & Out.

Aaron mentions this interview with Michael Lombardi about culture

The boys share audio from this hilarious John Tortorella interview