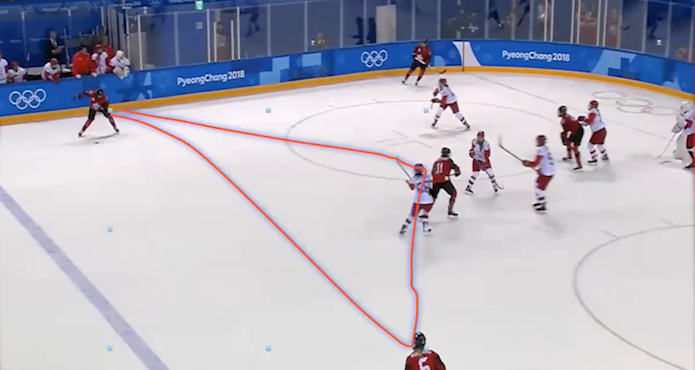 As coaches continue to evolve and improve, teams are seemingly getting better every year at playing with structure.

It’s an important aspect of the game, but it’s also important to figure out ways to exploit weaknesses in the structure of your opponent.

For Laura Schuler, Canada’s head coach at the 2018 Olympic women’s hockey tournament in PyeongChang, there are three areas of the ice in particular to exploit when on offence.

“Although there are many aspects that we can talk about for [creating offence], I want to focus in on areas of the ice where I think teams are either poor or not very good at defending,” Schuler said at our 2020 Virtual Hockey Summit.

Those three areas in the offensive zone, Schuler says, are behind the net, the space in between the strong side and weak side wingers, and the width of the blue line.

Schuler explained the structure that she was looking for from Team Canada in the offensive zone, and then broke down video to explain how her team team created offence by using those three areas of the ice.

Check out the preview video above, and watch the full 32-minute presentation with a membership to The Coaches Site.