How Mike Johnston turned the Portland Winterhawks into a perennial powerhouse 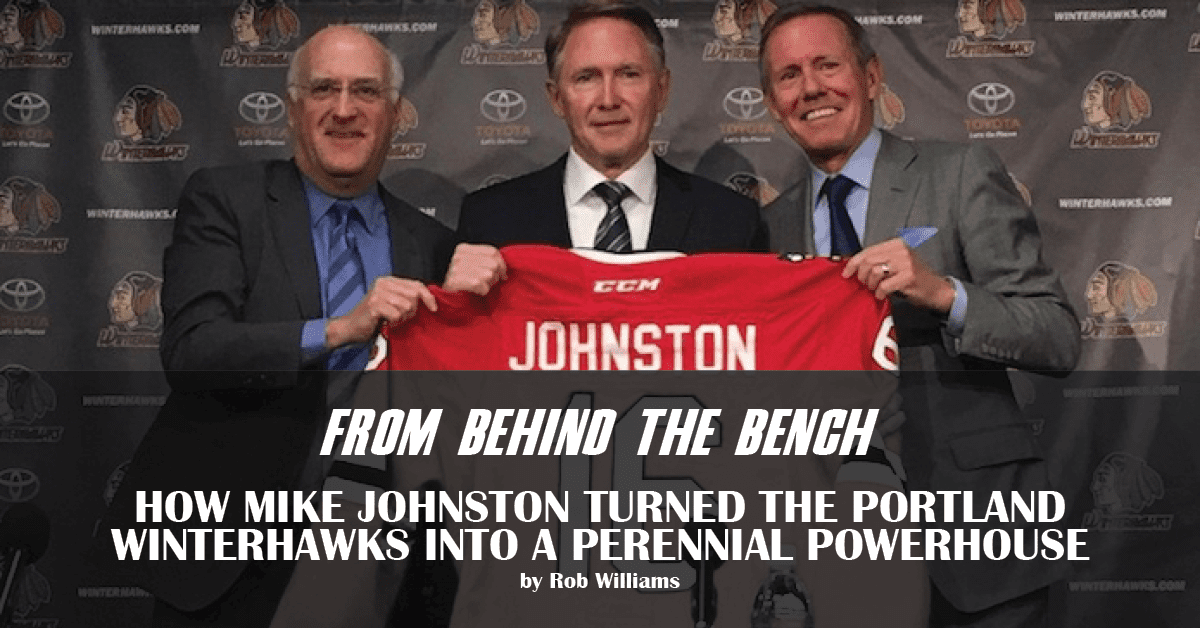 "So many people get caught up on systems play. It's not systems play, it's taking a look at the player individually."
5
(1)

Following five years of Canadian university hockey, the native of Dartmouth, Nova Scotia was ready to put his education degree to good use and become a teacher.

Except there was one problem. There weren’t any teaching jobs available for him in the early 1980s.

Lucky for him too, because the job he ended up taking instead kickstarted a 37-year (and counting) career that saw him represent Canada at the Olympic Games and coach Sidney Crosby in the National Hockey League.

It’s not always what you know, it’s who you know.

That old saying was true for Johnston early on, when he accepted a job as head coach of Camrose Lutheran College in 1982 at age 25.

Johnston’s coach during his final two seasons playing at the University of Brandon was Andy Murray. Murray got a phone call from Dave King, who was with the University of Saskatchewan, asking if any graduating students were looking to get into coaching.

King and Murray ended up becoming fixtures with the Canadian National Team program, which is where Johnston ended up eventually also.

“I was really fortunate to connect with some great coaches early in my career,” said Johnston in a telephone interview with The Coaches Site. “The smartest thing I did was reaching out to them and seeing if they would let a young coach bug them, ask them questions, pick their brain, and try to get a feel for what they did to make them successful, and see how it applied to what I wanted to do.”

Johnston listed Ken Hitchcock, who was coaching in the AMHL at the time, as one of the coaches that influenced him, as well as longtime University of Alberta head coach Clare Drake.

“I would go in and watch [Drake’s] practices, talk to him, ask him questions. Both him and Billy Morris were really wide open.”

It’s because of those humble beginnings as a wide-eyed coach eager to learn that Johnston says he tries to help young coaches today when they ask him questions – whether it be in person or through email or LinkedIn.

Turning things around in Portland

Johnston moved on to coach at the University of Calgary and University of New Brunswick. He represented Canada at the World Juniors, World Championships, and the 1998 Winter Olympics.

He spent 10 years in the NHL, serving as Marc Crawford’s assistant coach for eight years with the Vancouver Canucks and Los Angeles Kings. Johnston was also the head coach of the Pittsburgh Penguins for parts of two seasons.

But it’s with the WHL’s Portland Winterhawks that the 62-year-old has really made his mark.

When Johnston joined the Winterhawks in late October of 2008, the team was in turmoil, coming off a season where they won just 11 times in 72 games.

“We knew we had a lot of work to do,” Johnston said.

But instead of coming in and cleaning house, Johnston and assistants Travis Green and Kyle Gustafson took a different approach.

“When we came in, what we decided to do was take a look at every part of the program except the players. We weren’t going to make any moves to trade players, we were going to try to develop our players.”

Johnston’s team did everything they could to put their players in a position to succeed.

“We were going to try to make sure that off the ice we had a great strength and conditioning program. Off the ice, we had the best academic program… Our billets were top notch. We were going to take care of all the little details behind the scenes so that we could have a great culture and foundation. That’s all we took care of during the first 18 months that we were on the job. We worked with the players that we had.”

Johnston says they were focused on the long term development of the players, and not the wins necessarily.

Portland hasn’t looked back since.

The Winterhawks took a huge step forward in 2009-10, Johnston’s first full season in charge, quadrupling their win total (44) and more than tripling their points (91) from just two years prior.

Johnston says he doesn’t coach junior players differently than NHLers, though he acknowledged that the effect he can have on his current team.

Portland has benefitted from Johnston’s philosophy as GM and coach for nine of the past 11 seasons (he was coaching the Penguins for two years in between). Despite the reality of high player turnover in junior hockey, the Winterhawks have made the playoffs in 10 straight years – a streak that includes four WHL Finals appearances and a championship in 2013.

How he has evolved as a coach 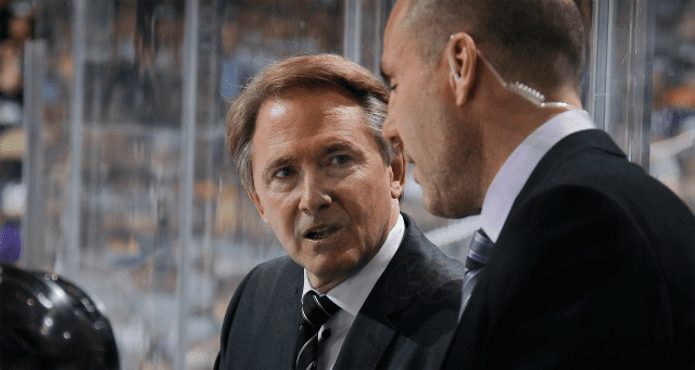 Johnston hasn’t had to change his coaching philosophy, because he was pretty forward-thinking to begin with.

“Ever since I started coaching, it’s been the same. It’s puck possession, it’s puck decisions. It’s making good passes. The foundation of a lot of my teams I’ve coached over the years are great passing skills. We work a lot on our passing, receiving, and the decisions you make with the puck. If you want to be a puck possession team, those are the key things.”

The introduction of analytics into the game in recent years has confirmed these ideas, though that doesn’t mean Johnston has rested on his laurels.

“The one thing I have always strived to do as a coach is try to improve and get better, staying on top of what’s current. From a program perspective, finding what can we do each year, what can we do better, what can we add, what can we adjust? For me, that’s how my coaching has evolved. I don’t think I’ve changed from a philosophy point of view, but you learn along the way.”

Johnston says that early on in his coaching career, his drive for creativity and innovation had him trying to introduce a new drill every practice. He later discovered the value of repetition.

“Part of your practice has to be drills that players know, that you repeat over and over again, and they learn how to do things perfectly.”

At Johnston’s core is a belief in his coaching philosophy, and the belief that he can make his players better.

“So many people get caught up on systems play. It’s not systems play, it’s taking a look at the player individually. How can you maximize the player within the system you play as a team. A lot of it comes down to skills, tactics, concepts – not systems.”