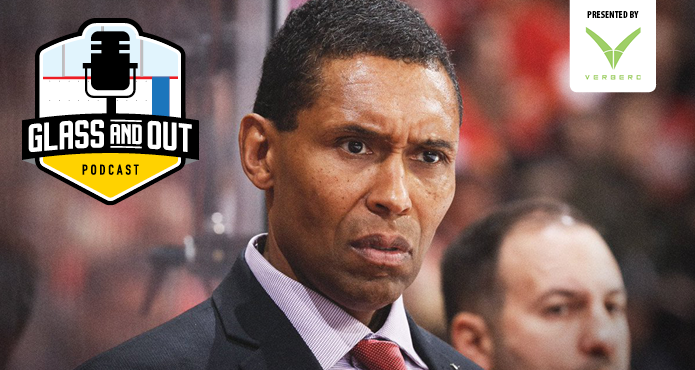 He's one of the few people of colour to ever stand behind an NHL bench.
0
(0)

As we continue to celebrate Black History Month, we welcome Paul Jerrard, an assistant coach with the University of Nebraska Omaha Mavericks, to the podcast. One of the few minority coaches to ever stand behind an NHL bench, Jerrard is hoping to help change that moving forward.

Through the programs like the NHLCA’s BIPOC coaching program, Jerrard has taken a leadership role in trying to create more opportunity for people for colour in hockey. With people like him leading the charge, we should expect more coaches of colour to be represented in the NHL in the not too distant future.

The Winnipeg, Manitoba native has a total of 24 years of coaching experience, which includes five seasons as an assistant in the NHL. The most recent stint saw him spend two seasons on Glen Gulutzan’s staff with the Calgary Flames between 2016 and 2018. Prior to that, Jerrard spent two seasons with the Dallas Stars and one with the Colorado Avalanche.

Jerrard got his coaching career started with his alma mater at Lake Superior State following a 10-year professional playing career. He has spent 12 years of his career in the AHL, along with seven seasons in the NCAA.

Now in his third season with Nebraska Omaha and Mike Gabinet’s staff, the NCAA D1 11th-ranked Mavericks are in the process of preparing to make a postseason run.

Find out his philosophy for running a successful penalty kill from his time in the NHL, how hard work and meaningful connections have helped him in his career, and his thoughts on what steps need to be taken to get more diversity in the NHL.

View all posts
Glass and Out Paul Jerrard Podcast
FacebookTwitterRedditEmailLinkedIn