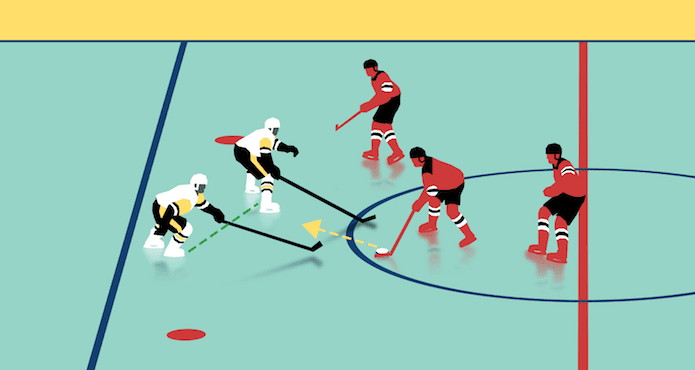 A deep dive into the way hockey is coached and played at the professional level.
0
(0)

Can you picture the perfect NHL defence pair?

We need to start with one lefty and one righty.

Both possess outstanding speed but not just in a straight line. Rather, they have a combination of foot speed, hand speed and mind speed that allows them to anticipate and execute more quickly and precisely than any opponents.

Both are stout but rangy and flexible. Let’s say they’re about 6-foot-3, 200 pounds.

Both have excellent mental toughness, are cool under pressure, and have a wealth of big-game international experience.

Both are laid-back but hard-working. No one puts in more reps or practices as intensely as they do.

Oh, and let’s make them identical twins, who have competed together since birth.

Think this is a pipe dream? Surely this partnership could not exist in real life.

Yet these two people do exist. And they are the most decorated and celebrated duo in their sport. Unfortunately, that sport is not hockey because tennis legends Bob and Mike Bryan do not know how to skate.

Interestingly, the American tandem held the world No. 1 ranking for a record 438 weeks without being the biggest servers or the most naturally gifted ball strikers. Their “special sauce” could be called chemistry, that elusive component that makes two ordinary individuals extraordinary together.

On the surface, tennis and hockey share very little. Tennis is mainly an individual pursuit while hockey is the ultimate team sport. Tennis can be played on asphalt, grass, clay, and even compacted cow dung but never on ice. Physical contact is encouraged in hockey, and grounds for immediate disqualification in tennis. But by studying how the Bryan brothers work as partners to control space and manipulate opponents on the tennis court, we’ll have a much better understanding of how hockey players can develop chemistry and do the same on a rink.

Of course, the stark differences between tennis and hockey mean that not all aspects of the former inform the latter. That being said, there are three tactics used by the Bryans that can help a defence pair improve its ability to manage the rink and make life as difficult as possible for opposing attackers.

When defending, squeeze to control the middle of the rink 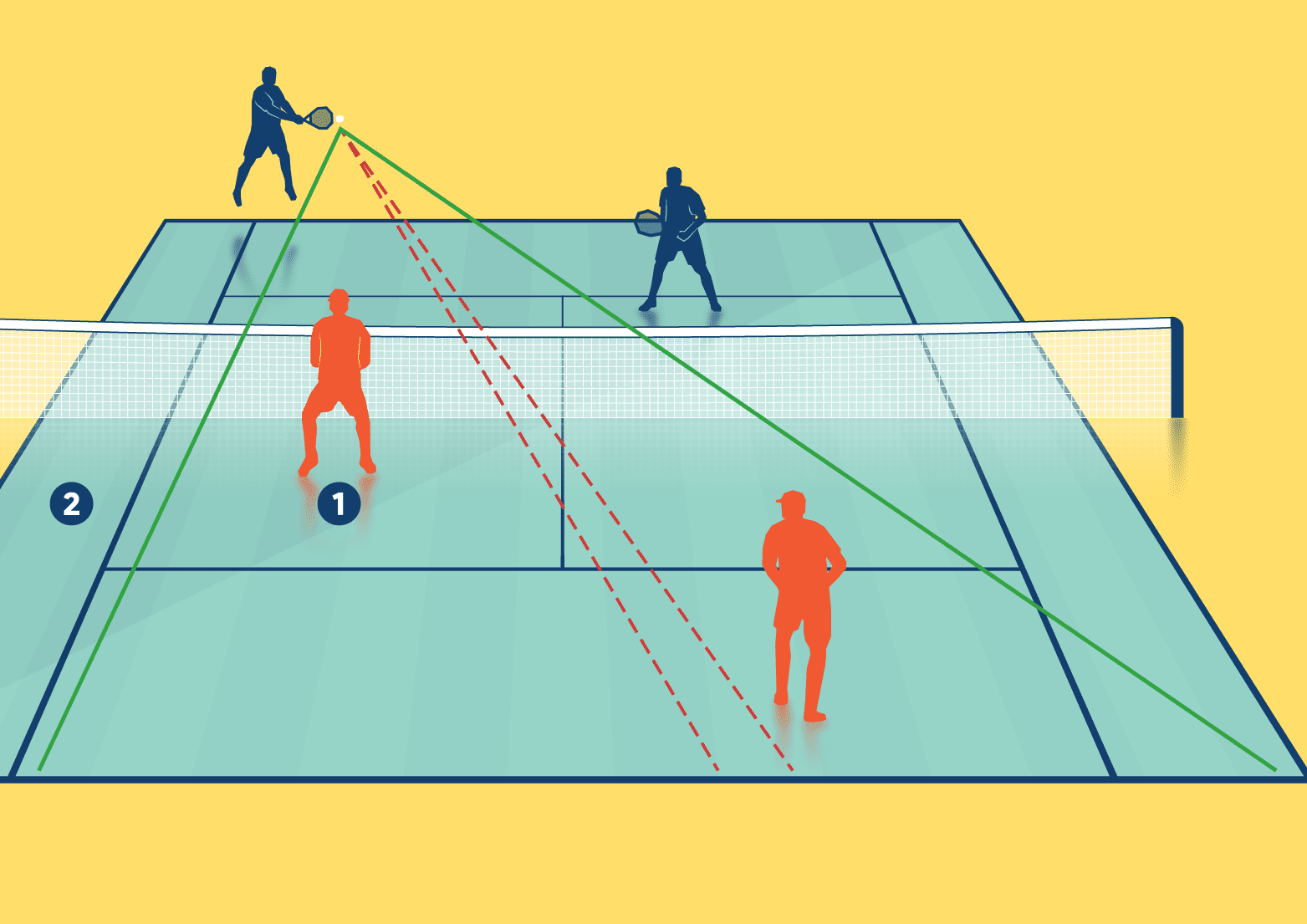 Above, Mike Bryan is serving, while Bob Bryan has taken Position 1 to “pinch” the middle of the court, minimizing the red area between the twins. The black lines delineate the twins’ coverage area. Note that they have consciously given up the down-the-line shot to the left doubles alley and a small slice of the right side, which their opponents could hit with a sharp cross-court shot – at least in theory.

Instead of locking down the middle of the court by placing the net player at Position 1, most amateur doubles teams would instead occupy Position 2, blocking the opponent from using the doubles alley but giving up far more valuable real estate in the centre.

But the Bryans know better.

For them, getting beat wide is not really losing. Even at the elite level, players routinely miss when they are forced to cut their margins too fine and aim outside of the black area. Against a Mike Bryan body serve, the returner is jammed and chooses the safe option, a medium-paced shot toward the middle of the court which has no chance of going clean through the Bryans’ coverage. 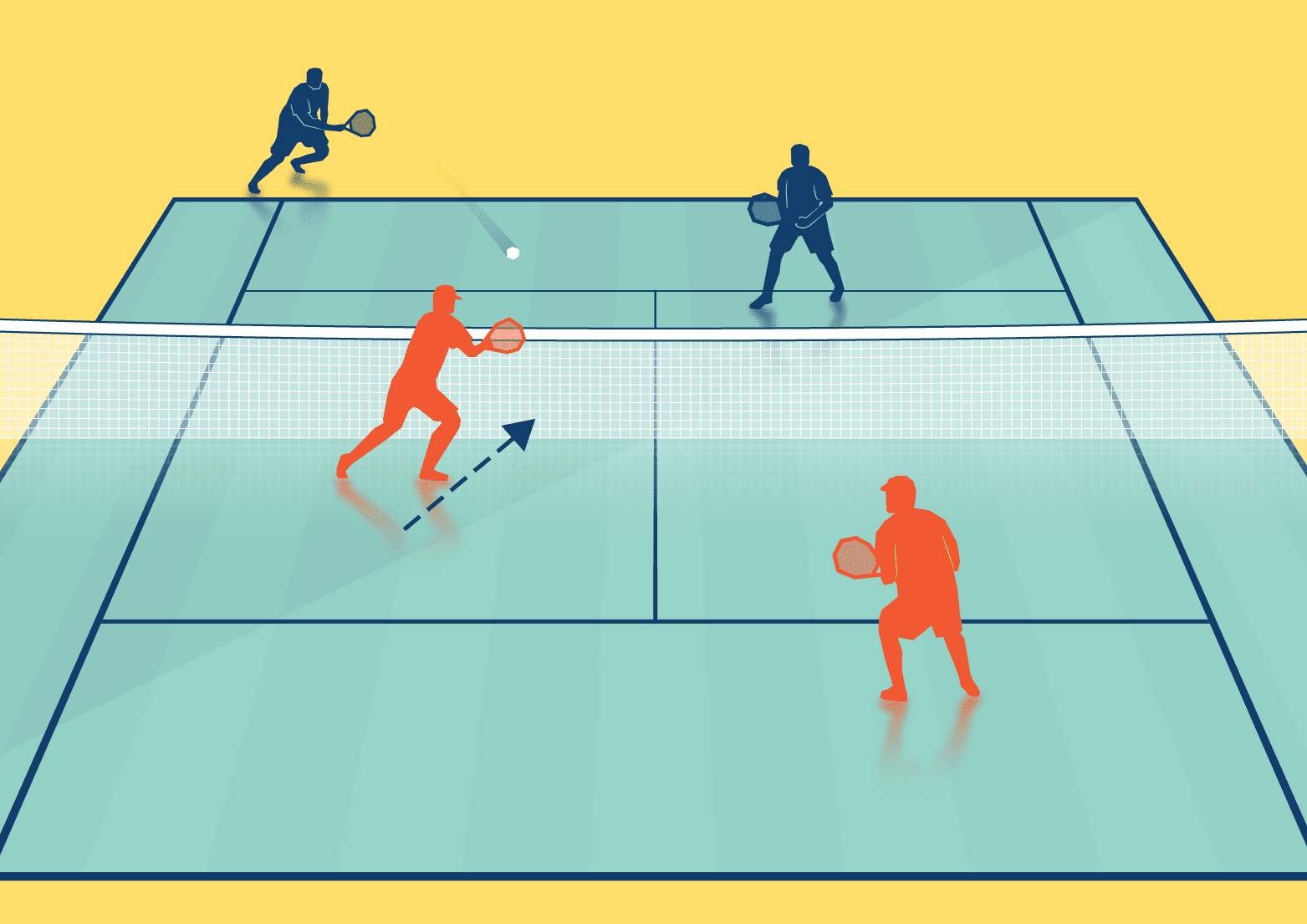 On cue, Bob cuts toward the middle of the court. The ball is comfortably above the net level, and things have gotten very bad indeed for the white team. From this position, Bob can angle off a winner to the left, redirect the ball between his opponents for a clean winner, or (if he’s angry about something) smash a shot into the net man’s chest.

Back to hockey: the following scene occurs during a regular-season game between the Pittsburgh Penguins and the New Jersey Devils. The Penguins have just seen an offensive-zone sequence fail, and the Devils are quickly countering 3v2 against the top Pittsburgh D pair of Brian Dumoulin (PIT8) and Kris Letang (PIT58). 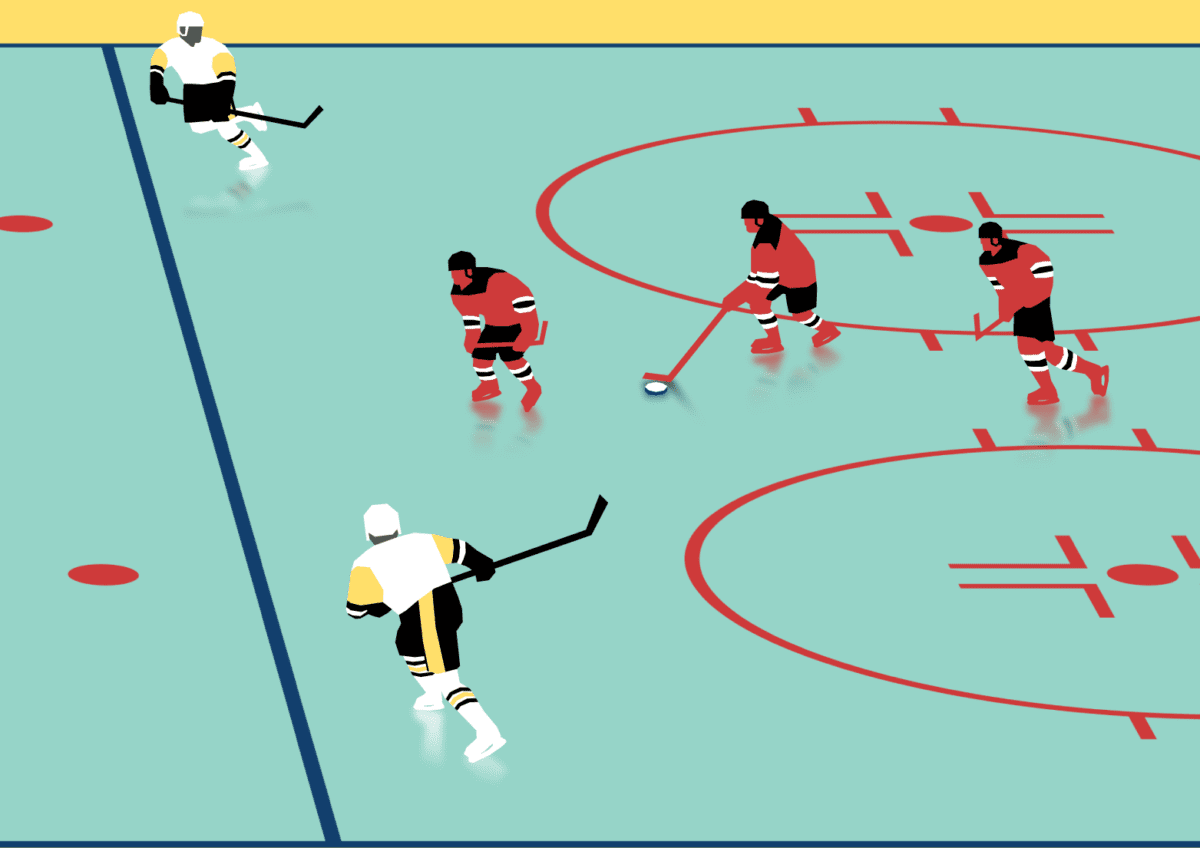 This is not a happy picture for the Penguins because they are at a numerical disadvantage and the Devils have a middle breakaway threat. Immediately 8 and 58 take action. They pivot aggressively toward the middle of the ice and sprint to occupy this prime real estate. 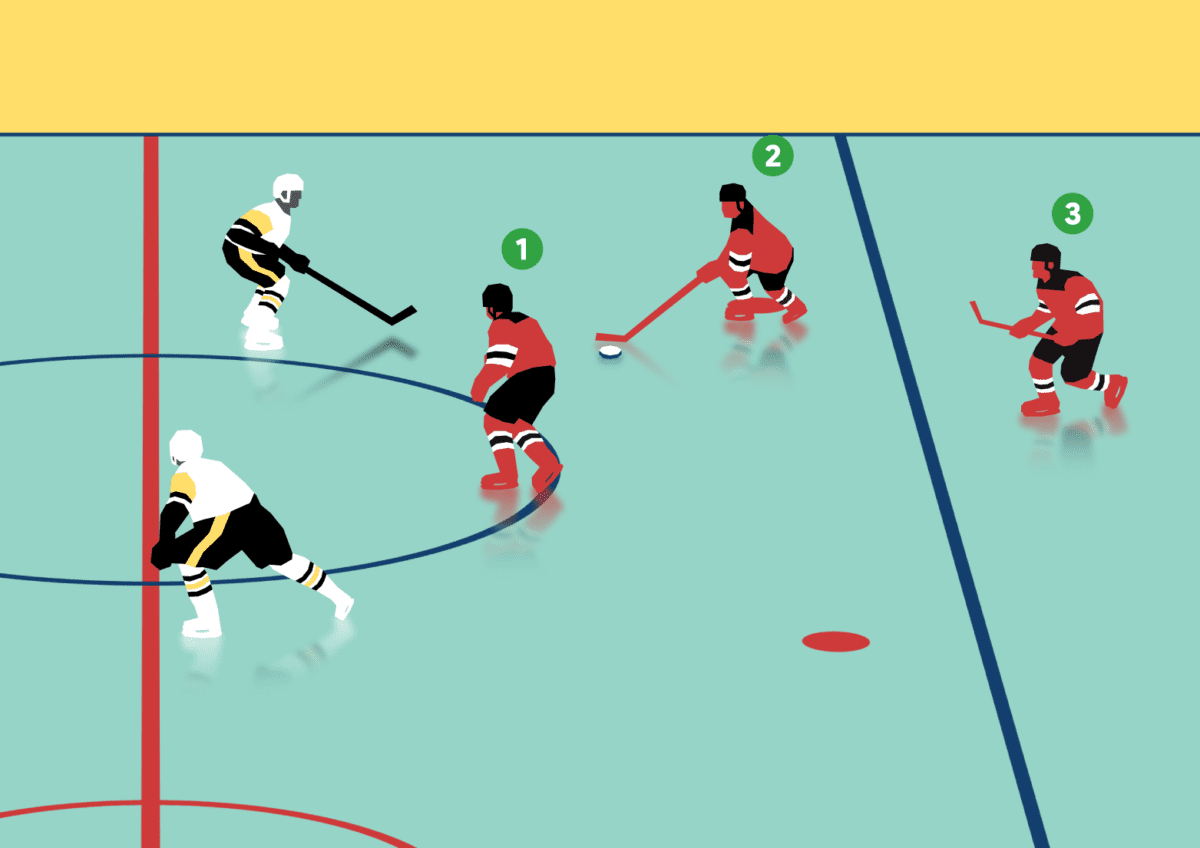 With an early read and coordinated execution, the situation already looks better for the Penguins. Dumoulin (left D) has settled into a stable defensive stance from which he can pivot, poke check or take the body. Letang continues to squeeze the middle and is ready to address the breakaway threat or to be first on the puck if the Devils chip it in.

Instead of being a potent breakaway threat, Player 1 – perfectly guarded by Letang – has slowed and is in danger of going offside. Player 2, the puck carrier, still has time and space to make a decision but is drifting toward Dumoulin’s side. Player 3 is the wildcard. As the extra man he will be the most dangerous shooter if his linemates are able to make a clean entry. 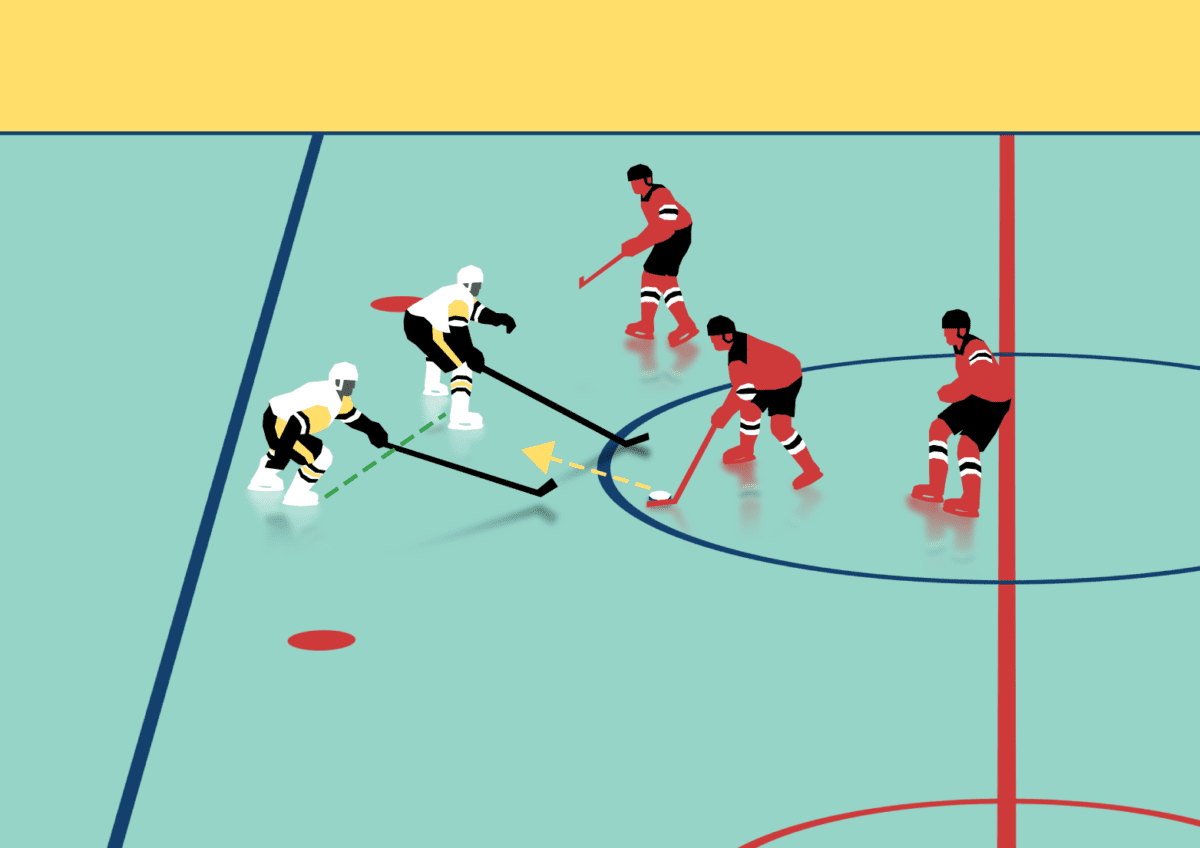 The critical moment: Dumoulin and Letang have connected in the middle of the rink, leaving little space and no option between them.

The Devils puck carrier did well to turn and avoid Dumoulin’s outstretched stick, but now he has only one play left: an attempted pass toward Player 1 on the far side. Anything else will produce an offside.

PIT58 and PIT8 know this and spring their trap. 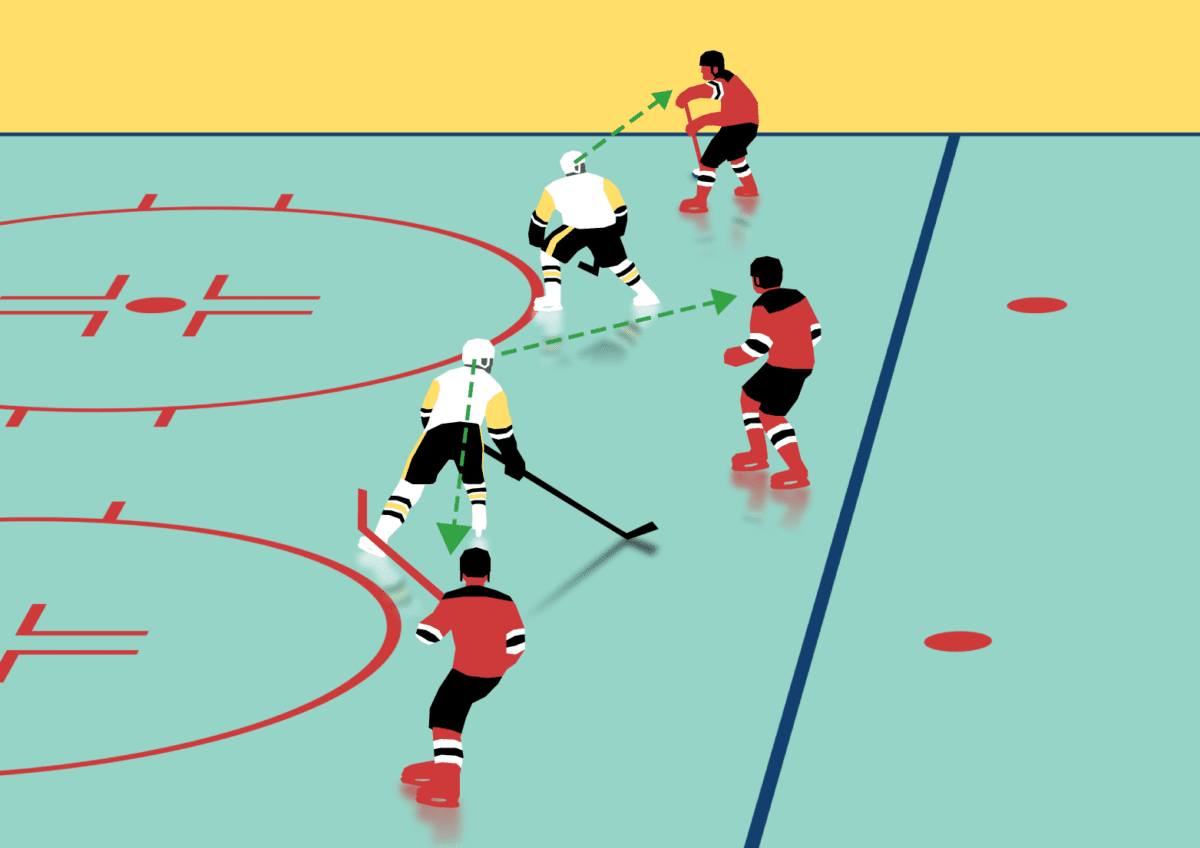 The Devils player makes the pass, but Dumoulin manages to graze the puck with the blade of his stick, causing it to bobble. The winger at the far side reacts quickly and reaches in front of him to accept the pass, but he has to break stride and look down for an instant, giving PIT8 critical time to pivot and lock on. Letang’s gap to his partner has temporarily widened, but this allows him to protect the left side of the ice with the option of sprinting to go stick-on-puck if the middle player receives a pass.

The Penguins backcheckers are in the frame, but their help won’t be needed here. 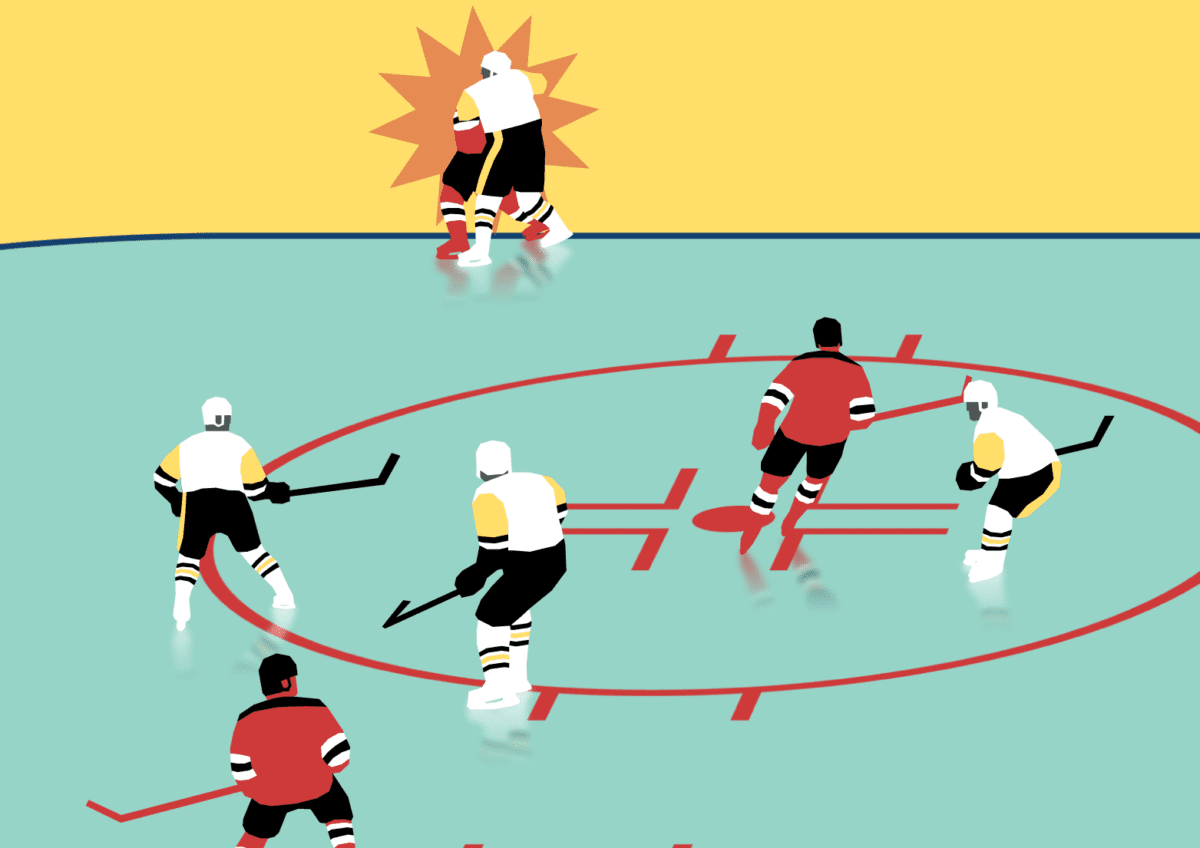 The puck carrier hesitates and Dumoulin pounces, finishing him hard into the boards and trapping the puck with his feet. Centre Evgeni Malkin (PIT71) is returning to the front of his net, allowing Letang to approach the pile-up and be first on puck for a subsequent breakout.

From a 3v2 against to a DZ stall-out, to a textbook breakout formation. Flawless execution.

Read the rest of the book here.