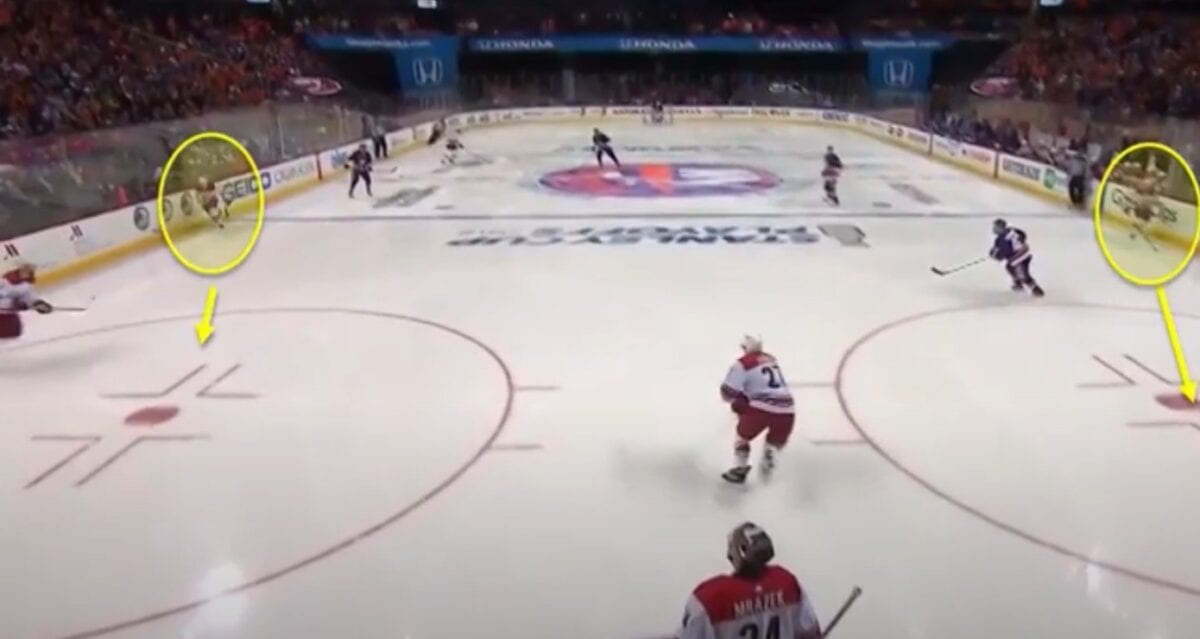 If you want to have a successful power play, you will not only need good players, but also smart tactics, including a successful breakout and zone entry. In this article, we’ll be breaking down most of the power play breakouts used by NHL teams during the 2019 Stanley Cup playoffs.

We will see seven different breakouts, with some variation within them.

The most common power play breakout is the famous 3-2.

Teams try to push north and drop the puck behind to create separation between the penalty killers and the attacking players. In the video below we’ll see eight variations of the breakout 3-2, with my two favourites coming from the Washington Capitals and the double drop variation from the Tampa Bay Lightning.

Mitch Giguere ChPC, is the father of four children and a passionate hockey coach. He is the video coach for the Torpedo Nizhny Novgorod (KHL) and the assistant coach for the Concordia Stingers (USports), and former video coach for the Winnipeg Ice (WHL). Mitch has his High Performance 2 from Hockey Canada and has an Advanced Coaching Diploma (NCCP4) from the Canadian Sports Institute. See All Posts By Mitch