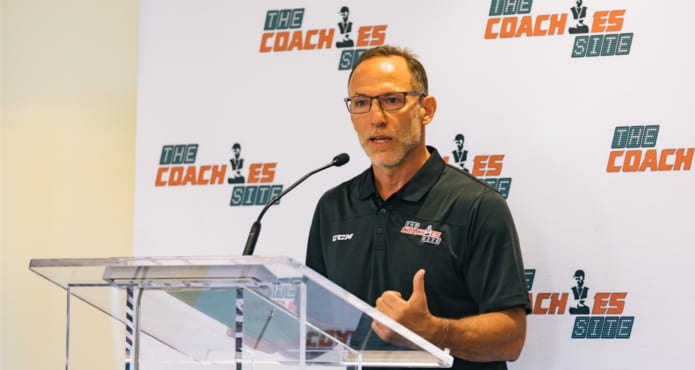 “Your goal is always to make your kids or your players as good as they can be.”

Those are the words of Ray Ferraro, who spoke at our Hockey Coaches Conference in 2017, about how the true benefit of hockey is not the reward on the ice, it’s off the ice.

A coach’s primary function is not to make better hockey players, it’s much bigger than that. It’s “bigger than the game,” as Ferraro says.

It’s something that’s easy to lose sight of, and sure, you might think it’s easy for Ferraro to say since he had so much success in hockey, but in the video below it’s easy to see how important the path to building a young person through hockey really is.

And the game has changed. Nobody wants to be yelled at. When Ray played, that was the norm because we didn’t know any better.

“The coach has to treat a player like he would want to be treated.”

Check out the free video preview above and watch the full premium video below with a membership to The Coaches Site.