Predictions for Stanley Cup champions are starting to roll in all over the hockey landscape and if you pay attention (or you were anything other than a goal scoring forward during your playing days), you’ll notice a common theme amongst all the picks.

Defensemen. What do the Nashville Predators have in common with the Winnipeg Jets? Big, mobile, talented defensemen. Go through the list – Tyler Meyers, Dustin Buf…Bufug… Big Buff, Roman Josi, PK Subban, Ryan Ellis – the Predators and the Jets are getting offense from their defense. The San Jose Sharks and some guy named Erik Karlsson have something to say about it too. The Toronto Maple Leafs? Can you imagine Mathews and Tavares and co with a D corps that was polished and steady, instead of uncertain and developing?

Well, we want in on the action. This month at The Coaches Site we’re talking about defensemen. From offensive tactics involving the D to tips on dealing with the mental side of the defensive game, we’re going to take a crack at covering the entire position.

And just because I’m not afraid, I’m going to predict a Stanley Cup finals between Victor Hedman’s Tampa Bay Lightning and Tyler Meyers’ Winnipeg Jets. And this year the cup is coming back to the frozen north. 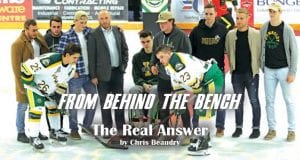 From Behind the Bench: The Real Answer with Humboldt Broncos Assistant Coach Chris Beaudry 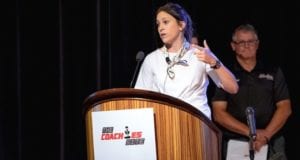 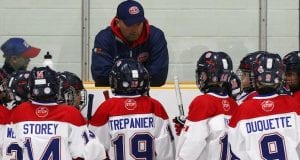 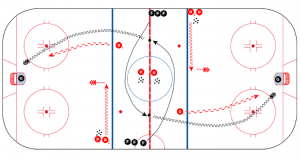 CoachThem Drill of the Week: 1on1 Boston Bruins 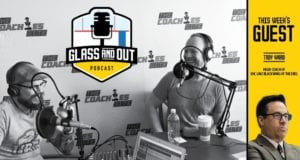 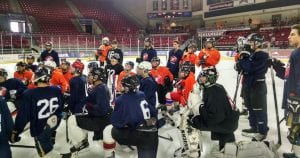