View all posts
Executing a faceoff win flawlessly or near to it can be the difference between breaking out of the defensive zone quickly after a faceoff win or fishing the puck out of your own net.
5
(1)

There’s no situation in a hockey game over which the coach has a greater influence than the moment after a puck is dropped for a faceoff. Hockey teams that have set plays planned already have a leg up on their opponents (unless of course that opponent also has a plan). It can be difficult to practice faceoff plays because of the moving parts involved and the relative slowness of the process. Within Sense Arena’s virtual simulation, coaches can teach players how to plan and implement faceoff plays in an environment that would require multiple players in real life. Planning for a faceoff win is important because hockey is a team sport that requires cooperation amongst teammates and an understanding of where everybody needs to be. Sense Arena can analyze choices and results following faceoffs that can lead to great understanding of the important of faceoff preparation.

This process includes faceoff wins as well as losses. Executing a faceoff win flawlessly or near to it can be the difference between breaking out of the defensive zone quickly after a faceoff win or fishing the puck out of your own net. Losing a faceoff in your own zone, or any zone, isn’t the ideal outcome of a set faceoff plan, but knowing where to go after a faceoff loss minimizes the damage. If five defensive players have no clue where to go or who to cover after a faceoff loss, a goal or a dangerous scoring chance against is nearly inevitable. Understanding coverage assignments, however, could not only prevent those chances, but lead to quicker retrievals and an attack going in the right direction. 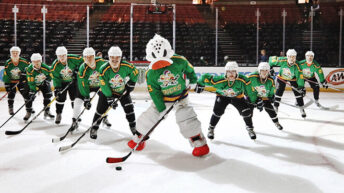 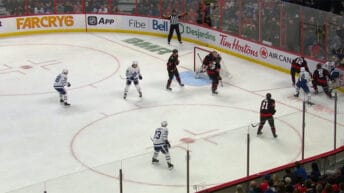