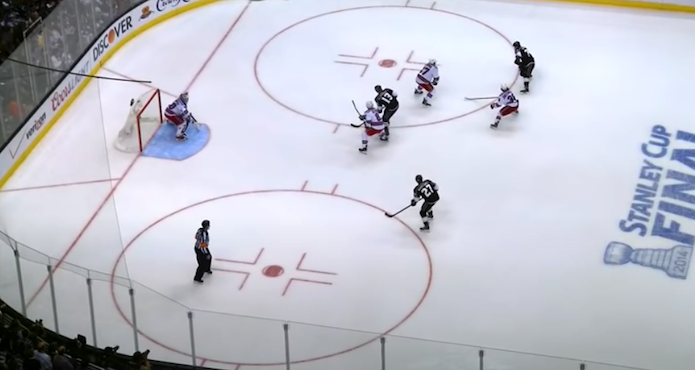 We don’t always shoot to score. Sometimes, we shoot to pass.

Does anyone remember how the winning goal was scored in the 2014 Stanley Cup Final?

We can’t ask for a better example of shooting for a rebound, but it’s from 2014, and I wanted to use an updated example in my videos.

I’ve watched all the goals from the 2020 NHL playoffs and have identified four ways that players scored using a play off the goalie’s pads. This is not a science, but should help teach players at a young age or even at the pro level.

You’re coming in on a rush with numbers. You are outside the dots without much option to score.

A low shot on the far pad can generate opportunities and goals. This is why we are asking for a middle lane drive from our F2, and F3 to have their stick on the ice and ready to grab any rebounds. That kind of shot is hard for the goalie to control.

2. In the offensive zone, by a defenceman

We don't always shoot to score. Sometimes, we shoot to pass . . .