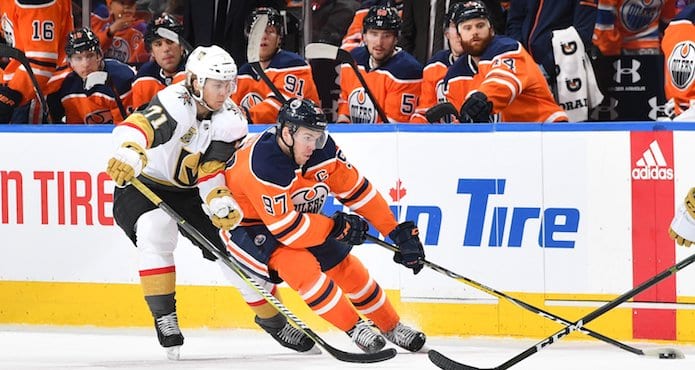 If you don’t keep up with the trends in the game, then you’re likely to get left behind at some point. The game is always changing.

Defence used to rule the day in the 1990’s because it was the only hope the NHL had to defeat the Oilers and Islanders teams of the 1980’s. Enter the stay-at-home defenceman responsible for clutching, grabbing, and shot-blocking his way to the Stanley Cup.

Hockey is a copycat game. Coaches are obsessed with improving their team’s chances of winning, so we watch what other teams do to win.

In the past few years coaches at the minor hockey level have dedicated their efforts to skill development because, and try not to act too surprised here, having more good hockey players than the other team improves your chances of winning. Neat, huh?

Well, nowadays, skill is obviously important, but how you use that skill is paramount. A player can have a great shot, but if they don’t get to use it, then what’s the point?

This is true of every level. Professional hockey, college hockey, both genders, it doesn’t matter – the ability to utilize skill is what wins games, signs scholarship letters, and inks contracts. So, it’s up to the coaches to help our hockey players play fast, play with intention, and ultimately leave the competition behind.

Learning to play fast doesn’t happen fast, unfortunately. Playing fast is synonymous with playing confident. When hockey players believe in their skills and their ability to utilize them, they don’t think, they just do. It becomes natural. So, the number one tool a hockey coach can give to a player is confidence.

That’s the mental side of coaching. On the skill development side, we can help hockey players play fast by giving them techniques to use in traffic.

One of the enemies of playing fast is stickhandling. Sure, Connor McDavid is the fastest player on the planet, and he stickhandles a million miles an hour, but he doesn’t do it when there’s a chance to get a shot off quickly.

McDavid gets the puck in a great spot in this clip, but it’s not just 97 who’s playing fast. Oscar Kelfbom, Leon Draisaitl, and Alex Chiasson don’t hesitate at all with the puck. They don’t dust it off, they move it quickly, and it’s in the net.

As coaches, we can take pride in the fact that this was probably a set play designed in a power play meeting before the game started. But the goal itself was scored (figuratively) in practice, by demanding tempo and encouraging the quick execution of puck skills.

To that end, watch coach Jon Goyens in our pro skills and drills series to get some tips on how to teach players to gather and shoot the puck quickly.

Check out the trailer for Skills and Drills with Jon Goyens below, or watch the entire presentation with your premium membership here.