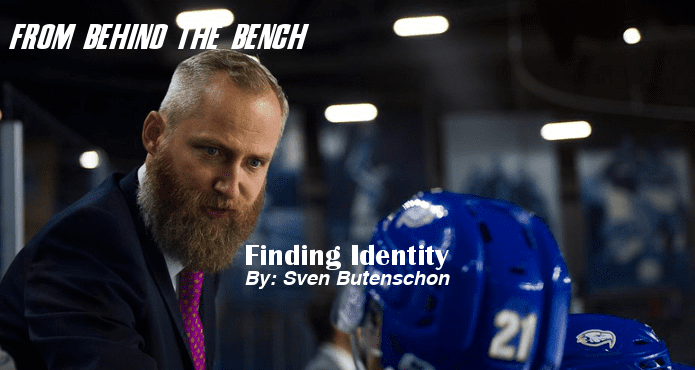 Sven Butenschon started playing hockey in 1993 with the WHL Brandon Wheat Kings. After 17 years with stints in the AHL, NHL, and DEL, he decided to make a change. Not long after, Butenschon was behind the bench as assistant coach of the University of British Columbia Thunderbirds. Within a year, he was head coach.

The transition was not without its challenges. After a disappointing first half, he needed to find a way to turn the ship around. In this instalment of FROM BEHIND THE BENCH, Butenschon tells us how his team went from struggling through a tough first half to qualifying for the playoffs.

Straight to the top

After I played for about 17 years, and had moved my family an endless amount of times, I wasn’t really sure what I wanted to do. I actually left all my equipment in my stall after my last game. I was really ready to challenge myself away from the game.

Then fast forward six months and the next thing you know I find myself in a rink teaching kids and just trying to stay connected to the game. Pretty soon I met Tyler Kuntz, who was the head coach at UBC at the time, and he asked if I wanted to be his assistant. Then a year later, I’m the head coach.

I definitely wasn’t expecting to be a head coach that quickly, but I’ve been in the game long enough to know that anything can happen at any time. The process was very intense, some of [my colleagues] lost their jobs. They asked me to take over for a month and then a month passed by and then they wanted to know if I would do it for a year.

The day they asked me to step up, I called Perry Pearn from the Canucks. He’s been in the NHL for so long and has been through a lot of coaching changes so I asked him for some advice. What I really wanted was some good terminology for when I talked to the guys to make them feel like we were going to be fine.

To go through a coaching change during training camp is pretty crazy. The guys could have come apart quickly, there could have been a lot of complaining and excuses. But the guys rallied together and had an outstanding training camp and won most of our preseason games. So, things were going pretty well.

And then we went to Saskatchewan to start the season, they were the defending champions. They took both games in their barn and pretty much dominated us for five of the six periods. That was a bit of a wake up call. Then we went to Calgary and got shut out two straight games. So, now you have a rookie head coach who’s going 0-4 in a short scheduled season.

To start the year off in the CIS (Canadian Interuniversity Sport) on the road is extremely challenging because these guys are taking full course loads at one of the toughest universities in Canada. To balance that with the hockey, the travel — we have the toughest travel in the league because we’re so far out. Our guys miss two days of school and it’s a heavy load. There’s a bit of an adjustment for first year guys and the first couple of weeks were tough on the boys.

After the fourth game, we had some serious meetings and video sessions, trying to figure out how to turn the ship around.

Then we came home and had Alberta in our home opener. We played great, we had a complete game and beat them on home ice. The next night, reality set in a little bit more. That second night, Alberta, who went on to win the league, walked all over us.

We started the season 1 and 5 and it was a really tough time for the group. The rest of the first half went like that — win one, lose two or three.

Christmas rolled around and it marks the half way point in the season. For me, it was the first chance I’d had to really take a step back, catch my breath, and analyze everything to figure out where the issues were. That was a really important part of our season for the coaches and the players.

When you’re looking for your team identity you ask: what is our team good at? What do you think our weaknesses are? The general consensus was that we’re a fast team, we’re quick, and we’re not overly big. So we decided to go to a more aggressive forecheck. We tried to create lots of opportunities and turnovers, like Pittsburgh in the playoffs last year. We sort of modelled it after that and it started to work. [The strategy] gave the guys more energy, there’s less watching and the guys are moving more. And if you’re watching from the bench, it’s inspiring and fun to rally behind.

We came back after Christmas a different team. We went to Alberta first and I think we surprised them with that forecheck. The guys completely bought in and we had an incredible second half. For us coaches, we were pleasantly surprised that the guys were really catching on and performing the stuff we were teaching, and they were succeeding. It was contagious. Alberta’s dominated this league for so long so to go there and get three or four points, it gave the guys some belief.

The first half of the season last year, if a certain player was an offensive player the year before, I gave him an opportunity to earn that spot. But in the second half, anybody could go anywhere. I’m always a positive guy and the first half of the season I gave everyone the benefit of the doubt. The second half of the season was: Alright, we’re going to show you your mistakes in a group setting, and if it was selfish I’m going to call it selfish in front of your peers. I think that was a bit of a shock but [the approach] became more about honesty and accountability. And next year, I’ll expect that from day one.

Our team identity is that we’re pretty gritty, pretty physical. We’re not flashy. We play really smart, when we have success is when we play a really smart game. What I heard from other teams playing us in the first half was just be patient and sit back because they’re going to waver from the game plan; they’re going to open up and make mistakes to capitalize on.

Our goal after [the midseason] was to stick to the game plan for 60 minutes, be more disciplined and be more of a complete team. Talking to some of the coaches after the season, that was what they said so it was a good compliment.

To be a successful coach, you have to be yourself. I’ve been in hockey long enough to know that when a coach is trying to be a hard ass or coach a certain way that’s not his personality, the group will see through that pretty quickly. To be a coach, be a coach that suits your personality. Because if not, you’ll lose credibility and the buy in won’t be there.