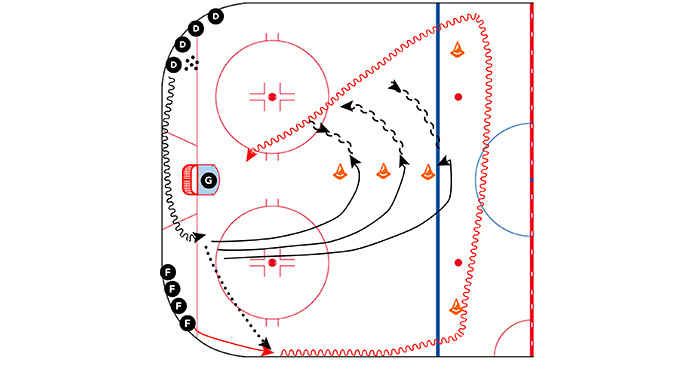 View all posts
Taking an NHL drill and making it useful for youth hockey practice is the name of the game.
5
(3)

As with most coaches, I am often looking for new drills to not only keep practices fresh and interesting, but also to continue in the development of the players on my team. Yet, like I discussed in a previous blog, sometimes drills on The Coaches Site don’t transfer from age level to age level. Other times, as discussed here, they might be full-ice drills and I only have half-ice to work with.

That is exactly what I found when I was hunting for a drill to help teach my 10U team about defensive gap control. I found a great drill in the Figure 8 Gap Drill, but discovered quickly that for this age group the drill might not work as planned. First, I only have half-ice to work with, which is more than doable in this drill, yet I also found that with the even small number of steps, this could be too much for the age level.

For starters, the first step in the description is that F1 should skate at 50% speed. When working with older age groups, asking them to skate slower so that a drill can be properly accomplished isn’t much of a risk, but if you teach a 10-year-old to skate slow in a practice, you better believe that is what they will bring to a game. Our mantra is always that we must practice at the speed we play.

Taking an NHL drill and making it useful for youth hockey practice is the name of the game . . . 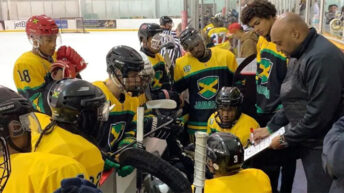 4 Tips to Make the Most out of Timeouts