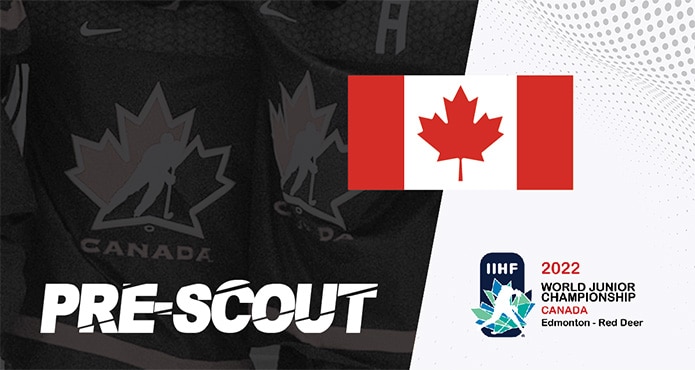 Mitch Giguere ChPC, is the father of four children and a passionate hockey coach. He is the video coach for the Torpedo Nizhny Novgorod (KHL). Mitch has his High Performance 2 from Hockey Canada and has an Advanced Coaching Diploma (NCCP4) from the Canadian Sports Institute.

View all posts
Special Teams is the bread and butter for Team Canada every single year and must be again this year if they are to have success.
5
(1)

You love the World Junior Ice Hockey Championships, and so do we! This year WJC enthusiast and good guy Mitch Giguere put together pre-scouts of six teams he thinks will make noise at this year’s tournament, which runs Sunday, December 26, 2021, to Wednesday, January 5, 2022, in Edmonton and Red Deer.

Since 2010, Team Canada has three gold medals at the World Junior Championships, and have been on the podium eight times. Last year, after having gone perfect in the round robin and winning the first two games in the elimination round, they came up short losing 2-0 against Team USA in the final. The way Team USA played against Team Canada was a perfect game. With some players having AHL/NHL experience for Team Canada this year, they are a real contender and can possible complete a perfect run. Every year we say that “this year is special,” but in my own opinion, coming back from a loss in the final last year and playing another year in Canada, hopefully in front of fans, will make this tournament even more special.

The “Canadian Way” is what Canada looks for when they are building their team. They are looking for players with character, who are relentless. They are gritty, hardnosed, tough to play against players. Even with a new coach and a new philosophy, we should expect to see a Canadian team that has a lot of skill, but still attacks the inside of the zone and crashes the net hard. If they can score off a perfect shot, they will still have bodies at the net waiting for the second chance opportunity.

With some of the best defencemen from Canada, the forwards know that the puck will go through to the net. So just get there and be ready. Another key point we see every year is attacking off the rush. A lot of D are “offensive D’’ with their regular team. However, in a best-on-best tournament like this, they have to be aware even more of their defensive side position. But in saying this, at any given moment they can easily join the rush and transform a 3v2 into a 4v2 and create chances from the back end.

When I wrote this article, the roster hasn’t been finalized yet, but imagine if Team Canada could add players like Tyson Foerster, Cole Perfetti, and Seth Jarvis, who are all with an NHL/AHL team at the moment. Foerster and Perfetti are with their AHL team, with more chances to get released for the WJC. For Jarvis, he is currently running at an average of .50 pts/gp in the NHL so far, bumping from the first line to the third line. He might be the next player who was just a little bit short to make the team at 18, but too good at 19 and playing in the NHL. Jake Neighbours and Mason McTavish have experience in the AHL and will be a huge asset for Team Canada. There have even been some rumours about Quinton Byfield being released for his third WJC. The forward talent is already deep, but being able to add a couple of these players could be the difference for Team Canada.

The big hope on the blueline is that the University of Michigan will allow Team Canada to have Owen Power, the 1st overall pick in the last NHL draft. With him, you could have the only returning D from last season, Kaiden Guhle (who I think will wear the C), lead the back-end and be difference makers for this team.

This year they could have a great group of puck moving defencemen who can all skate and read the ice really well. So, I don’t think we will see Team Canada a lot in their defensive zone. I cannot say what type of D-zone we will see with the new coach, but it will keep the same principles as usual: be first on the puck, as hard as you can, second quick, be in the shooting lane and be physical. If they are all buying in, I wouldn’t be surprised if they ended up being one of the top two teams with the lowest goal against throughout the tournament.

Special Teams is the bread and butter for Team Canada every single year. Canada has to establish their power play right from the start and be able to score a timely goal when needed. When Team Canada has a top two power play, the stats show that they go straight to the medal round.

Team Canada’s structure and system this year will depend a lot on who is there for the tournament. With a lot of high-end skilled forwards, I assume they will let the forwards play a little more free, playing on the flanks and looking to make plays on the goal line or a seam play.

Team Canada will win the gold medal IF:

And the big X-FACTOR that will give a huge boost for Team Canada is how they feed off the energy from the crowd. They will be home for another year, the rink will be packed with people from Canada who didn’t have the chance last year to be there because of the Covid. The crowd will be electric and this added energy could be a huge factor come the start of the tournament.

Now let’s watch some of their goals from the WJC 2021! 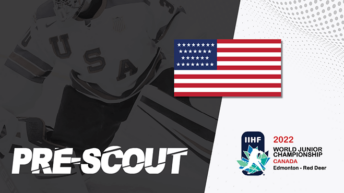 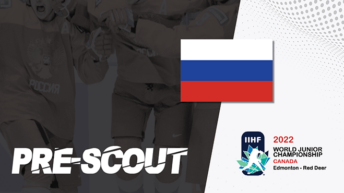 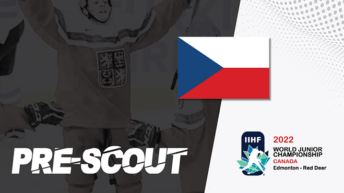