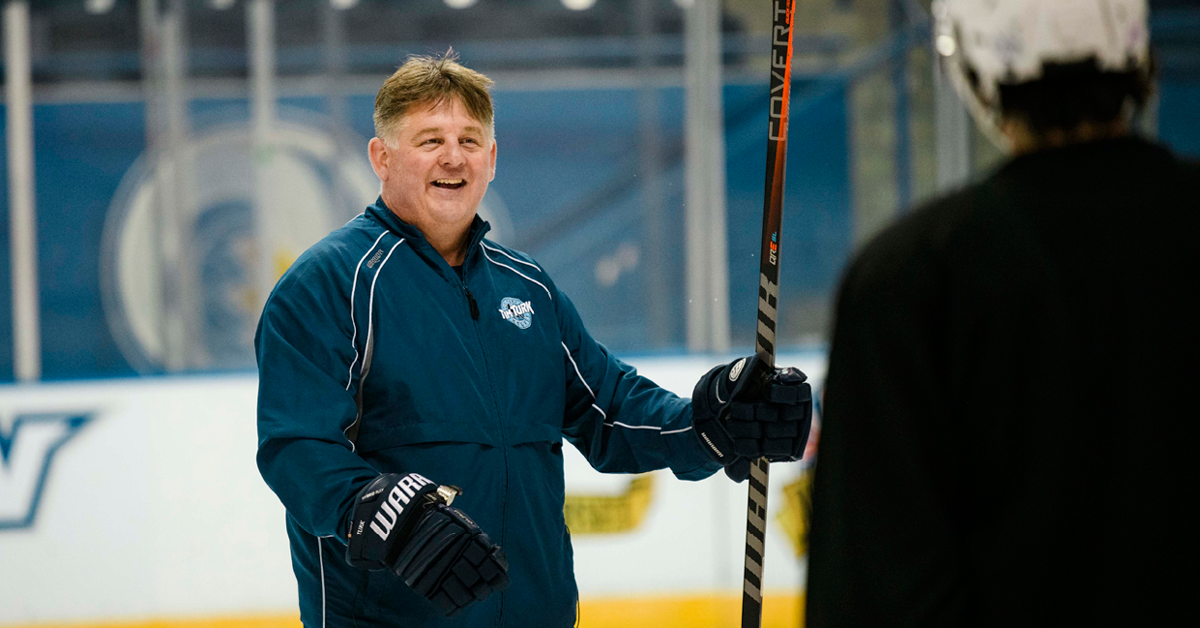 With over 25 years working at the NHL level, Tim Turk knows a thing or two about how to shoot a puck.

Turk has worked as a shooting and scoring coach with the Montreal Canadiens, Tampa Bay Lightning, Carolina Hurricanes, and Arizona Coyotes, as well as many national team programs overseas, during his career. Specializing in shooting, passing, and puck preparation and control, he also teaches the technical aspects and strategies of puck protection.

Turk spoke recently at our Global Skills Showcase, where he focused on the technical aspects of shooting and scoring.

“The body, when we shoot a puck, has to be in control,” said Turk. “That’s the key to success, is what your body does before, during, and after a shot.”

It starts with building a foundation of the stride release, Turk says.

“Building that foundation is going to allow these players to produce more power, save time on their shots, and be able to have stability and stabilize themselves, which means they can react all that much faster if there’s a rebound or a potential second or third chance opportunity when we do so.”

Check out the free preview video above, and watch the full 45-minute presentation below with a membership to The Coaches Site.