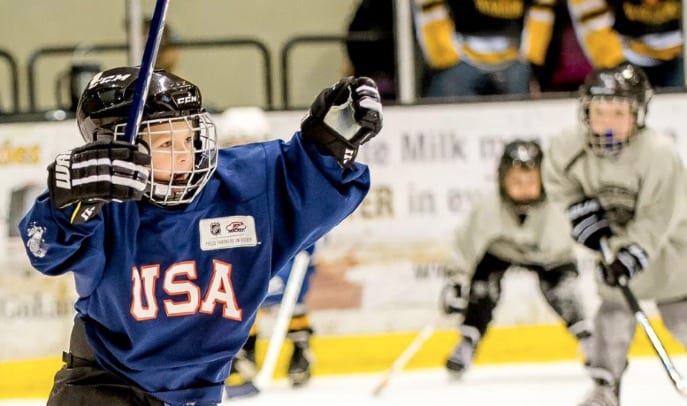 Throughout the summer Brad Hamacher has delivered an in-depth analysis on the state of the minor hockey system in North America. Today we welcome the third and final instalment as we all embark on another season.

The question to ask yourself is this: what are you going to do this season to create a positive experience on and off the ice?

Winning is all that matters

Shortening the bench and limiting playing time for bottom 2 D and bottom 3 F is “worth” winning. Even some parents and players have been convinced that it ​is “worth” it even if they are the one being shorted/benched. Mistakes create turnovers and turnovers result in opposing chances and opposing chances end up in the back of our net and we lose. SO, no mistakes are allowed or you get benched. This win-at-all-costs attitude is why way too many youth coaches still promote and teach a mindless dump and chase style of play to eliminate any chance of mistakes or turnovers. Sound familiar? As the game continues to evolve towards puck control, skills, playmaking, speed,  and maintaining positive possession analytics, we still have too many people running things that don’t get it: parents, players, and coaches focused on running off to “the winning team” next season regardless of cost or distance.

My Advice:  This can’t be the norm any longer. On many of the topics I’ve discussed this summer I was once on the wrong side of them including this one.  Like the line in Moneyball “I hate losing more than I love winning” – it’s a good way to describe myself and it caused me to do the wrong things with players and teams. I’m not sure what happened along the way, but I realized my role and responsibility to develop every player and as many players as I had in my program or on my teams. These players and families are counting on me. They have entrusted their hockey plan and their love of the game to me. So, I roll my lines. I don’t have more than 3 lines and 2 goalies on my teams. I start a new line/D pair each game. My goalies work together and plan a rotation that they jointly agree upon and where I am not involved. Everyone kills penalties. I make the attempt to have 3 power play units. Over the last few years I watched multiple USHL, NAHL, and NCAA Div I teams employ a similar approach and it has been enjoyable to watch them fly, develop, and have success.

The attack in this approach is fast and relentless. It motivates players. It inspires players.  t brings out the best in each of them. I watched the NHL’s Vegas Golden Knights destroy old mindsets and old school philosophies on building a Stanley Cup team doing much of this. I watched their “top line” play 18 minutes per game and their 4th line play 13-14 minutes per game all season while my other favorite teams held to the long belief that 4th liners played 3-5 minutes per game and the Stars played 25+. I watched VGK show they are fully capable of doing everything the game demands of successful teams and lines and make each guy contribute positively and regularly.  Coach Gerard Gallant said after one of the playoff games something very profound and reinforced all of this to me,

“It’s a game of mistakes. You’re not going to be perfect every time you’re on the ice, and then when mistakes happen, you forget about them and you move on. You can go over that game (referring to game 3 of the WCF) and there’s not one player on the ice who didn’t make mistakes last night. Like I said, they’ll own up to their mistakes but they don’t have to. That’s part of our game. You make mistakes, you move on, you play the next shift and you hope you make some good plays. Those guys are accountable guys and they work hard and they don’t got to apologize to me. They just got to go out and play their game and get better every shift they can do. But, again, I’m not holding my players accountable for making mistakes. You get out there and if you worry about making mistakes, you’re not going to play a good game. I want you going out there and thinking you’re gonna make the good plays and do the right things on the ice.”

WOW! That is fantastic. I believe this “modern” game as some pundits are now calling it actually jumped in to prominence in the 2016 World Cup of Hockey with Team North America. I am so excited to see how this all changes the game for the better. Hopefully, every coach below the NHL has watched, listened, learned, committed to get better from this exciting paradigm shift. Finally, winning is an outcome and outcomes are, to a large degree, out of our control. If we focus on the fine details and the steps that go into improving, then we are getting better. We are making positive progress. Working those fine details and steps is what I call the process. Process > Outcomes. Let’s put all of our time, energy, and focus into the process, do it day after day, week after week, month after month, and year after year, and the outcomes will take care of themselves and become  favorable over time. It may seem counterintuitive but if you actually want to win more, let your players play without fear, expect them to make plays, empower them, don’t punish mistakes, play everyone as equally as possible, teach and preach process, and make your culture about getting better every day with accountability to process and not outcomes. Teams can do this.  Players can do this. Coaches can do this. Who is on board?

Here are a few tips to wrap up the summer and head into the season strong and ready to make a difference.

From over a decade of player athletic off ice testing, I can confirm the common or typical number of pull ups for a young (age 10 – 12) player is zero. Ever watched one of these year-round players throw a football or baseball? We need to endorse and promote multi sport athleticism. We need to bring in certified trainers and movement experts to help build an athletic driven and an athletic focused program.

There are pockets of outstanding coaches, good coaches, average coaches, and bad coaches. We need to promote, mentor, and eliminate accordingly.  Two words: Organizational Leadership. It matters and it matters a lot in the big scheme of player development. If our opinion on the USA Hockey Coaches Education Program (CEP) is that is all Coaches need to learn and improve, we are missing the mark. At the youth level, we are no longer just hockey coaches. We are player and family educators. We are individual skills promotors. We are Xs and Os coaches. We are hockey concept coaches. We are educators and even trainers to players and families on the importance of being a great athlete. We are athlete builders. We are life role models. We are culture bearers and maintain standards. That is why I LOVE The Coaches Site. It is the real deal. Education, inspiration, positive motivation, humor, Xs and Os, concepts, challenging mindsets and long held beliefs, input from all levels of hockey and the list goes on and on. I feel fortunate and blessed to have found The Coaches Site and consume all of the content. And might I suggest that Hockey Canada and USA Hockey endorse/encourage/sponsor and get behind attendance at The Coaches Site Conferences. Let’s dare to be better.

It was fun to write and laugh and receive feedback.  Much appreciated and much love to The Coaches Site and all the new Twitter and Facebook followers. God bless you all and enjoy your 2018/29 season!!!