Tips and tricks to excel at net-front scoring (VIDEOS) 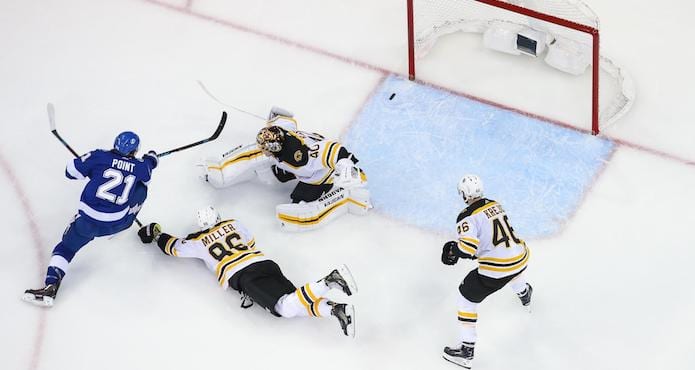 Finding goals around the net requires finesse more than brute-force. The best net-front scorers don’t just crash, bang, and whack the puck to have it cross the goal-line; they show ingenuity, elusiveness, and game-reading abilities. They learned the tricks of the trade, starting with timing.

As teams defend that area more fiercely than in others on the ice, attackers have to resist a ton of checking pressure, but more than that, they have to time themselves with the play to get their stick on the puck before opponents can react. They need to act on passes and shots as their teammates send them to the front of the net, moving too early, before the puck arrives, gives the defence time to neutralize the play, and moving too late squanders the chance.

Timing is the foundation of net-front scoring, and to consistently collect goals in the area, attackers have to incorporate it inside a flurry of techniques.

Many of the videos below include John Tavares, and for good reason — he is a master of scoring around the blue paint. He adapts his positioning rapidly to the movement of his teammates, anticipates pockets of space, and creates them like few others.

Tavares makes great use of his stick and rear-end. He turns his back to defenders, sticks out his derriere, and extends his knee to hold inside positioning. His manoeuvres prevent opponents from taking away his stick; they allow him to get the first touch on passes and rebounds. When the centreman doesn’t have inside positioning, he creates space by shoving defenders just hard enough to slide them out of defensive range, timing those pushes perfectly with the arrival of the puck. Before opponents can re-check him, Tavares gets his stick down and scores.