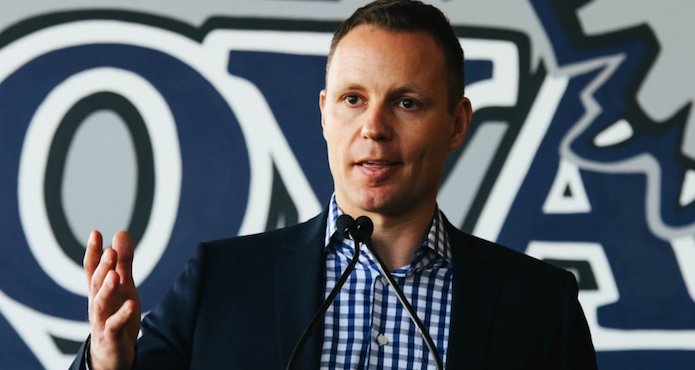 They say that the best defence is a good offence.

Well, for Victoria Royals head coach and GM Dan Price, the opposite is true: checking is an important part of creating offence.

Speaking at our Virtual Hockey Summit last September, Price talked about an important acronym that he shares with his players, SAACC, which stands for stick, angle, accelerate, contact, and contain.

The presentation was called “checking for offence,” which sounds counter-intuitive until you hear Price explain it.

“The reason that we’re talking about this as an offensive concept is because we’ve really found that when this is applied correctly and consistently, the percentage of offensive retrievals of possession overall really does tend to increase, scoring chances increase, the penalties taken and penalty kills go down,” said Price. “And so that is the way that we teach this with our players, as much as it is a defensive concept, it really is an offensive concept because it relates quickly and translates quickly into puck possession.

“So we’ve found that we can help create some player-belief in conveying it in that way.”

Check out the teaser video above, and watch the full 37-minute presentation with a membership to The Coaches Site.