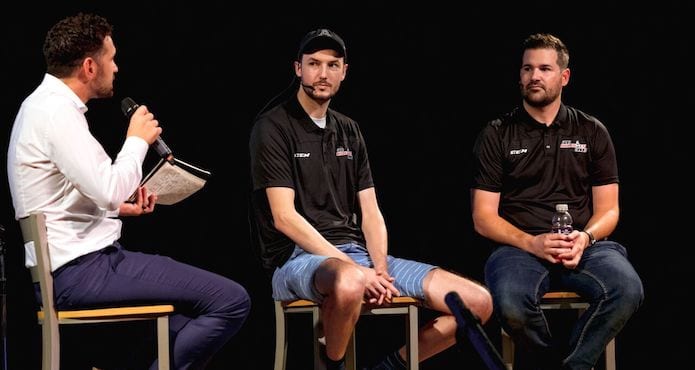 Sometimes the best perspective is an unbiased perspective. That’s the basis of The Athletic, a sports-writing company started a couple years ago with a mission of providing in-depth sports content that goes further than the average newspaper. James Mirtle is one of the architects of The Athletic, and one of the driving forces behind their early days is the advent of advanced analytics in today’s game.

“It’s interesting that it took so long for hockey to get where we are now with analytics.” – James Mirtle

James Mirtle and Athletic writer Justin Bourne joined our coaches conference in Toronto last summer for a discussion on analytics, coaching, and how the best in the business combine the two.

Justin Bourne has the unique perspective of being a former professional hockey player, himself, so he knows all too well how important it is to pay attention to multiple perspectives even if you might not initially agree with them.

“It didn’t come up when I played. My experience when I played for the Toronto Marlies, Kyle Dubas and Sheldon Keefe were very progressive in adopting analytics years ago. Your eyes can lie to you.” – Justin Bourne

For Mirtle, Bourne, and coaches everywhere, analytics assist in the decision-making process. It exposes players who might not score a lot but possess other numbers that still have value to a team. Numbers that earn ice time because the coach trusts them. This is one you won’t want to miss. Check out the trailer below and watch the entire interview with a TCS membership.