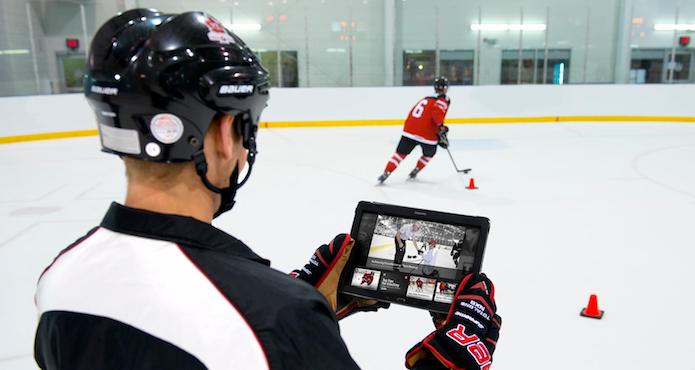 Recently I was sent film from parents of their son scoring a goal. Of course, any player scoring is exciting news, but this was especially exciting to see because it was exactly something we had worked on and talked about with the player. Not even a month earlier this situation was presented in practice and the player failed to make anything of it.

Let’s dive into how we took practice failure and turned it into game success.

Power of video in practice

Athletic expressions are feel-based, while coaching is visually based. Ask a player to try something for the first time and then ask them about it. They will tell you what that felt like to them. As a coach, you will talk about what it looked like. There is a disconnect between player and coach.

Therefore we need to be able to find a medium that helps bridge the gap. For that, video is a great tool and something that is being used more and more often at all levels.

Before diving into the process, let’s take a look at the goal (our goal scorer, #14, starts in the bottom right of the video):

He does a great job supporting the play, attacking the net, and has a great shooting technique to pop the goalie’s water bottle. Awesome.